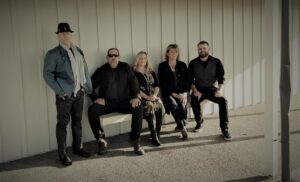 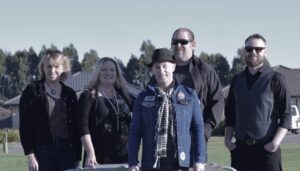 Born in Christchurch New Zealand, Ryan Neville has been entertaining for 25 years.
Having a huge appetite for Blues and its Colourful legacy, Ryan has with guitar in
hand, song in his back pocket been taking the world by storm..
Having an inspired blues soul this has lead him to many legendary clubs in the USA
including the Crossroads (Clarksdale), Las Vegas, Memphis, New Orleans, Texas,
New York and Nashville.
Recent shows have been coined “The Story of the Blues” as we get
to relive the legends through Ryan’s Music…………
Full Biography

On a Train to Chicago

An absolutely fabulous night. The music was great and I danced to almost every song only stopping to have a rest lol!Thoroughly recommend the band for a great night out! Stand out song for me was “Wade in the Water” by Eva Cassidy (but hey, they were ALL blimmin’ good). Looking forward to their return visit!

This was the third time I’ve seen Ryan perform, and he doesn’t disappoint. His performances show a musician comfortable with the craft, be it rock & roll, country, or blues (though there is never enough time for all the blues one wants to hear). And he’s not just mechanically regurgitating chords – the man is playin’ that Strat straight from the heart.

On I whim I had suggested to Ryan that he cover the unplugged version of A-ha’s hit ‘Take On Me”. This version is lower energy and has a narrower range of vocals. I actually like it better than what we all saw on MTV back in the 80’s. Michael, Ryan’s touring partner here in the States, said that version put him to sleep and insisted that they cover the vocal cord shredding original. So, while it’s a given that Ryan is a beast on the guitar, he also has the pipes to go along with that – and he hit the high notes effortlessly.

So now I have a new bucket list line item – travel to Middle Earth to see Ryan backed up by his full band AND seeing him hit all those licks on a Les Paul.

Love listening to Ryan Neville! Such a treat when he comes to Texas to play with Michael Langran. New Zealand is so fortunate to have this talent. Hope y’all appreciate him as much as we do —